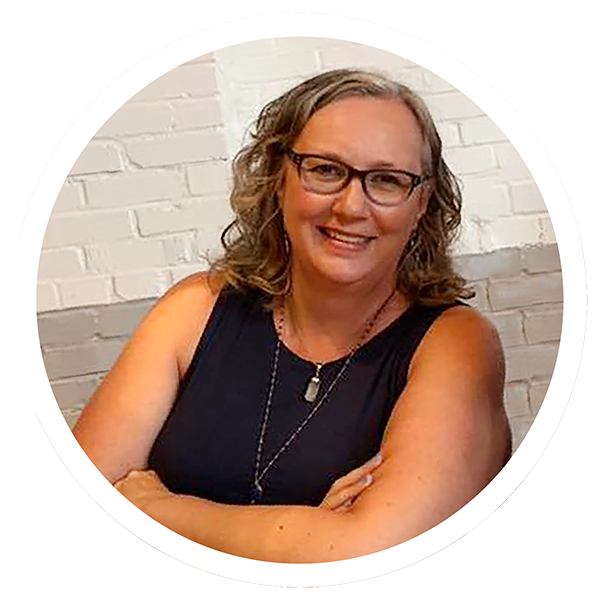 Where it all began

Hello, my name is Elizabeth Mitchell, director of the Wind Horse Center for Equine Assisted Healing, established in 2019. My personal journey with horses began much earlier. I didn’t start riding regularly until my mid-thirties in one of the most stressful periods of my life. I worked full time, commuted sixty miles back and forth to graduate school and was in the middle of raising a newly blended family which added two sons to my two daughters. Needless to say, I was incredibly stressed. Anxiety pervaded every aspect of my life. Decisions were debilitating. I couldn’t sleep. I either didn’t eat or binged. I couldn’t concentrate and getting through my daily life was exhausting. I knew I couldn’t continue on this way. I would either quit, get divorced, or worse. I tried to recall some of my happiest moments to get me through difficult days and realized I was most at peace on the back of a horse as a child. In the midst of all this chaos, that feeling was what I wanted most. So I sought out a local stable and told them I wanted to take lessons.

Two weeks later, I was on the back of a thoroughbred named Red who patiently worked with me to find my balance, both emotionally and physically. But what I didn’t know then, was that he was also helping me with my anxiety. It would take me years to understand that controlling my internal chaos so Red wouldn’t be anxious, was a skill that I would end up using throughout my career and my life. His rhythmic steps calmed my overactive limbic system much like a rocking chair. My relationship with him taught me to be more intentional with my communication and body language. This experience drastically improved my anxiety, my career, and my life. To this day, I believe that Red saved my life on many levels. 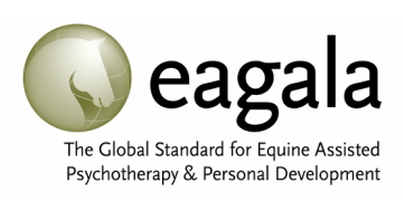 I continued to work as a mental health therapist in jails, treatment centers and hospitals for ten years before I grasped traditional treatment wasn’t working for some people, even if they had spent years trying. I wanted to offer people a different kind of therapy. In 2013, I became certified in the EAGALA method of equine assisted therapy and incorporated equine assisted therapy into my private practice. In 2019, I founded the Wind Horse Center for Equine Assisted Healing in hopes of offering these services at reduced cost to those in need. I think working with horses and humans is a lifelong learning opportunity. I’m still working to increase my knowledge and skill set. In 2020, I became certified in Natural Lifemanship, another method of Equine Assisted Therapy.

Why are we called the Wind Horse Center?

The name of our organization came from a Choctaw Legend called The Tale of the Wind Horse. It is a story of something being taken from us, as trauma, depression, grief often does, and being made whole through a horse’s love and the healing journey.

At a time when day and night were still deciding who comes first, there lived a horse that will never been seen again. The horse was not one that would become as the dying buffalo, for this horse had no enemies. He was the last of his kind.

The reason this horse wouldn’t be seen again was because of love. 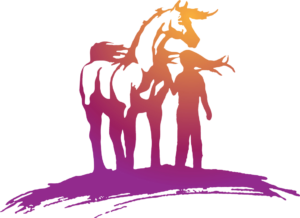 One day, as Wind Horse was feeling being free, he heard a cry for help. He ran to the edge of the forest and saw a child. He was crippled and very young and struggled every day to his life to walk. All his life he’d lived alone, for with his bad leg no one wanted him. Wind Horse leaned down so the boy could climb on his back.

The boy, who had no name, could not believe this beautiful Horse would come to him as a friend. As he rode Wind Horse, he could feel the freedom the Wind Horse felt. It was as if he were whole again.

The Wind Horse knew the boy’s leg couldn’t be fixed or healed and decided to take him to the Indian Hunting Grounds. There everything was made whole and there was no fear or need. Wind Horse felt sad that such a young boy should have to go the Grounds but he knew it was best.

As they traveled the boy began to talk about his hopes for the future. He would run, find friends and a family that loved him. As Wind Horse listened, he began to feel the love for the boy.

“Yes,” Wind Horse thought, “this is my last ride. I have found one that needs the feelings I can give. I will spend the rest of my time with one who can give feelings that I need.”

Wind Horse nuzzled the boy’s head. He slowed and as the boy began to recognize this was his final home. The boy was afraid. But as he dismounted, he realized all fear, hurt and hunger were gone. Wind Horse made no move to leave and the boy knew that the horse had also made his last journey.

Wind Horse remained by the boy’s side. He had never brought his riders to the Hunting Grounds and he was not familiar with the place. He had a new world to explore and a friend to explore it with. As the Wind Horse and the boy walked into their new world the Indian people felt a great sadness. He prayed to the Great Spirit to send a reminder to the Indian people of his friendship. And with the Wind Horse’s prayer the horse was given to the Indian People as a friend.